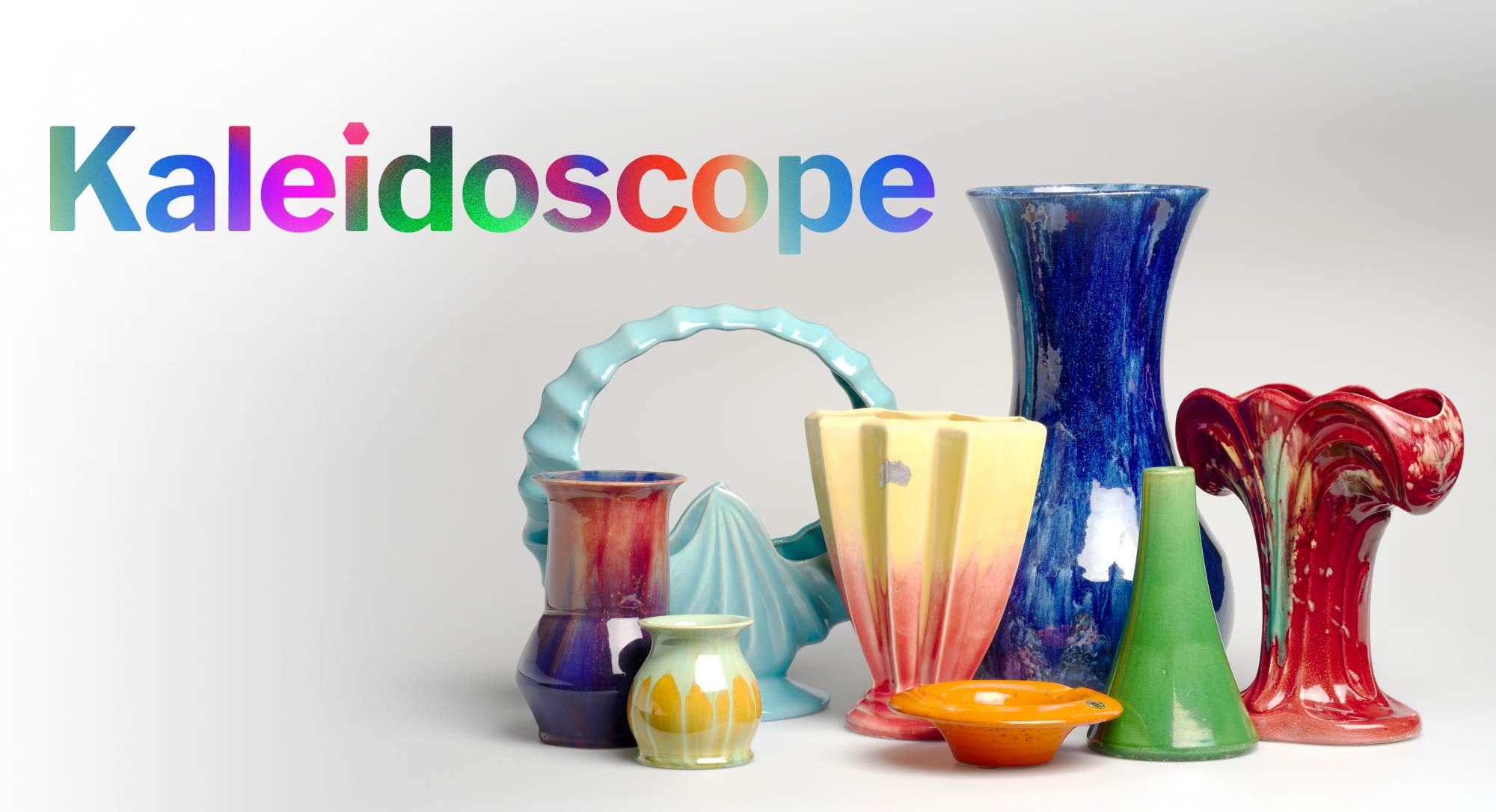 A great variety of decorative wares in the first half of the 20th century were ‘art ware’, produced by commercial firms whose primary outputs were industrial ceramics and drainpipes. Aesthetically, some art ware designs were conservative in forms whilst others incorporated Art Deco and Art Moderne design trends into spectacular pottery pieces. These luminous, coloured ceramics were produced in an endeavour to brighten up people’s homes (they became a key feature of the Australian loungeroom pre-television) and contributed to the desire for dazzling collectable objects at the time. Following World War II the output of art wares was greatly reduced, primarily due to a change in public taste towards plastic vessels, an increase in competition from imports, and a new sales tax introduced in the early 1950s.

Kaleidoscope celebrates the luscious surfaces of these everyday gems and conveys the exuberant sense of joy found in collecting and displaying ceramics.