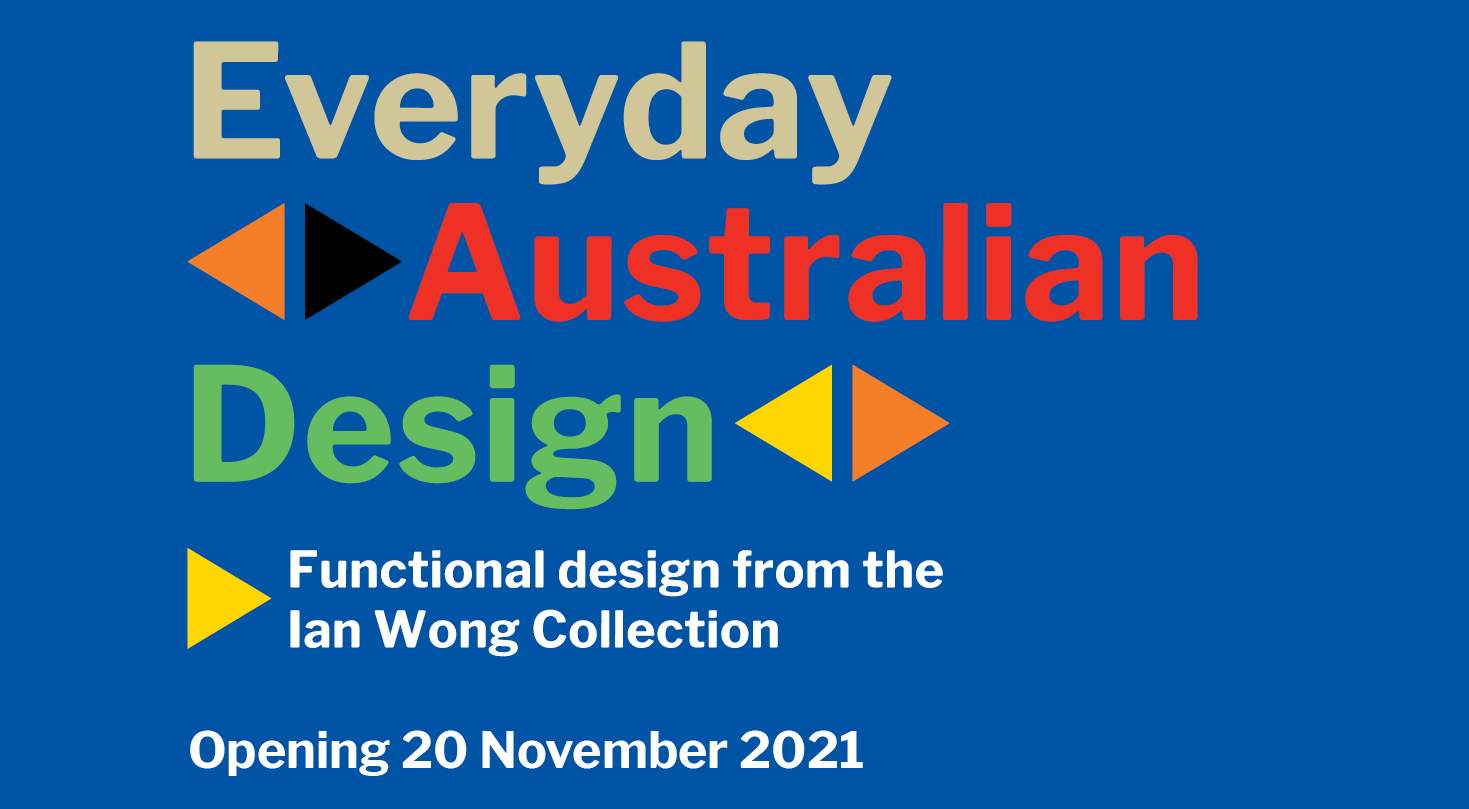 Everyday Australian Design is an exhibition of objects from the Ian Wong Collection that celebrate Australian daily life and our culture.

Many of these familiar objects, from the 1880s to the present day, have become icons of a particular time. They provide insights into our everyday lives — the glasses we drink from, pans for cooking, the electric toasters and kettles in the kitchen or the iconic esky full of ice for a picnic — these are items we use at home and while at leisure with our family and friends.

This colourful display provides a story or two for all by prompting nostalgic memories or casting light on a familiar object’s trajectory through the world of design. Objects with a connection to Shepparton’s history, industry, culture and unique lifestyle also feature in the exhibition. The repetition of common objects across the colour block shelves provides insight into changes in materials, methods of manufacture, cultural influences like fashion trends or lifestyle changes, that all influence the design of everyday objects over time.

The Ian Wong Collection has over 2000 objects and is stored locally in Shepparton. The collection has a curatorial focus on Australian industrial design, and the objects provide insights into the careers of many of Australia’s most significant and awarded designers.

Ian Wong (b. 1963, Shepparton; lives and works Naarm/Melbourne) was educated at St Georges Road Primary School and Shepparton Technical College. The Wong family’s connection to Shepparton began in 1878 when Chan Ah Wong began a market garden on the banks of the Goulbourn River in Mooroopna. Ian Wong is an Industrial Designer with over 35 years of professional experience and a Fellow of the Design Institute of Australia. An award winning academic researcher, Wong is Program Director, Master of Industrial Design at Monash University in China; and Director of the Monash Art Design and Architecture Industrial Design Centre (Kunshan).